Gunshots and an explosion has been reported at 14 Riverside drive. A twitter user who is in the building where the incident is currently happening has called for help stating that she is unaware of how much time they have left.

So Far one person has lost  his life after succumbing to bullet wounds to his chest. The Kenya Red Cross is already at the area.

It is alleged that six  people were behind the attack. One of the people who escaped the attacked disclosed to Citizen TV that the attack may have been done by a suicide bomber. He said that he was given this information by a watchman who mans the area.

Police have asked journalists to step out of the crime scene as they prepare to advance towards the Dusit D2 .Unconfirmed reports of suicide bomb at Secret Garden restaurant.

One of the Medics at Avenue Hospital has put out an urgent appeal for blood.  Unconfirmed reports indicate that three people already at the Aga khan Hospital.

A bomb in the vehicle that was parked alleged to have ferried the attackers has gone off. The bomb has since been detonated by bomb experts. There still active shooting within the Hotel. The attackers are said to be moving from room to room.

Recce Squad has arrived at 14 Riverside following an explosion and heavy gunfire in the area. The DCI George Kinoti is also at the scene, The area has been declared a security zone.

The police are conducting vetting to everyone who is being rescued to ensure that they are not the ones who orchestrated the attack.

Police wishes to confirm that there has been an attack incident along 14 Riverside Drive. The area has since been cordoned off and motorists are advised to use alternative routes to facilitate smooth operations of the Police.

Speaking to Al Jazeera, the group’s spokesperson confirmed conducting an operation in the country’s capital.

“We are currently conducting an operation in Nairobi,” the spokesperson is quoted by Al Jazeera.

BREAKING: Al-Shabaab claims responsibility for the ongoing attack in Nairobi, Kenya. Announcement was made via an affiliate account.

The attack came one day after trial began in another Nairobi attack al-Shabab claimed responsibility for: the deadly Westgate mall attack that left 67 people dead in 2013.

Kenyan prosecutors say the four suspects in the Westgate case currently on trial committed a terrorist act and used false documents. The men deny all charges.

The East African country faced a spate of attacks after it sent its army into Somalia in 2011 to fight the al-Qaeda-linked group.

Tuesday’s attack is exactly three years after al-Shabab overran a Kenyan army base in Somalia, killing dozens of soldiers.

On April 2, 2015, in one of the most gruesome attacks on Kenyan soil, the armed group killed 148 people, most of them students, at a university in Garissa, eastern Kenya. 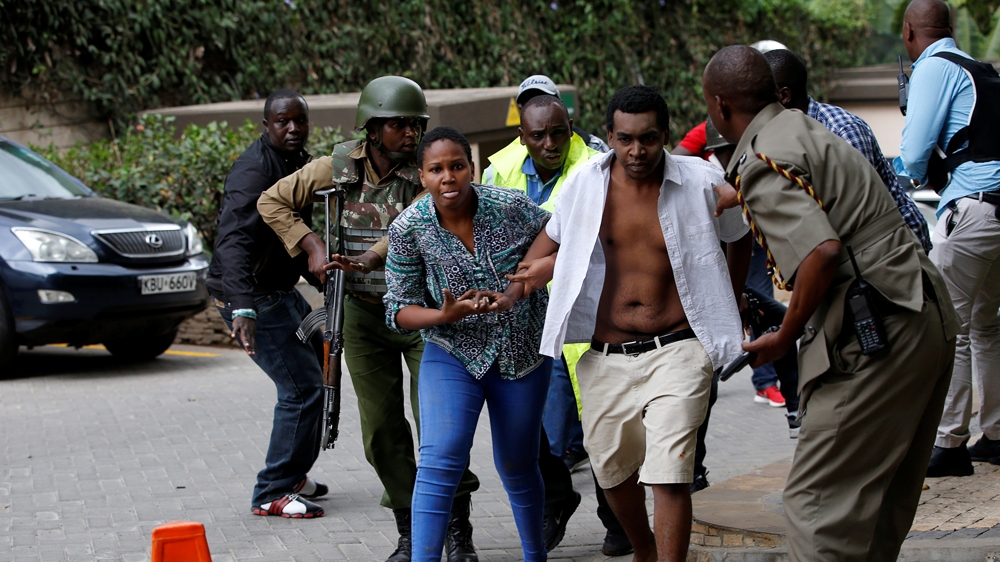 The Kenya Meteorological Department has confirmed an earth tremor hit some parts of Kenya on Sunday evening but caused no...

Lack of a university degree and evidence of forged academic qualifications were the reasons Chief Justice David Maraga’s wanted to...

The woman who was arrested filming traffic police officers harassing a female passenger in Nairobi on Tuesday will not be...

A British lawyer in Kenya has been shot at, held at gunpoint and threatened with prison after a local politician...